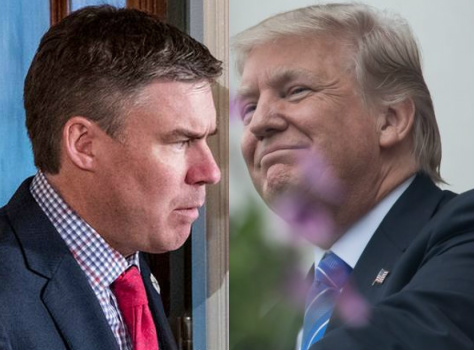 Dubke, a communications firm owner who was brought into the Trump administration in March, has not set the last day on the job but is leaving on good terms, according to Axios News, which first reported his departure and cited a senior administration official.

Dubke “has expressed his desire to leave the White House and made very clear that he would see through the president’s international trip,” White House adviser Kellyanne Conway later told Fox News. Trump’s first overseas trip to the Middle East and Europe that ended on Saturday.

The Washington Post said that Dubke’s last day on the job has not been determined yet, but cited an unnamed official as saying that it could be Tuesday when he was scheduled to meet with his staff.

Dubke has been working closely with White House Press Secretary Sean Spicer. Trump’s team handling of the press has come under fire during recent scandals.