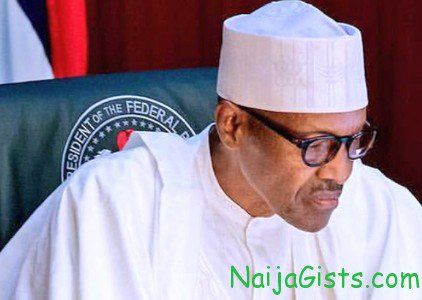 In less than 3 weeks to the general elections in Nigeria, the governments of the United States (U.S.) and the United Kingdom (UK) have warned politicians against acts of violence or interference in the democratic process. The two governments threatened to impose sanctions, including visa restrictions, access to funds and prosecution under international law on politicians who run foul of the rules guiding the election. Nigerians will be going to the polls on February 16, for the Presidential and National Assembly elections and on March 2, for the governorship and State House of Assembly election. The presidential election has evolved into a two-horse race between the incumbent, President Muhammadu Buhari of the All Progressives Congress (APC) and a former Vice President, Atiku Abubakar of the Peoples Democratic Party (PDP).

The election campaigns have been characterised by incidents of violence, mudslinging and mutual suspicion. There have also been accusations and counter-accusations of plots to manipulate the electoral process. In a joint statement made available to media organisations yesterday, the U.S. observed that the conduct of the upcoming elections in Nigeria was important not only for Nigeria, but for the African continent. According to the statement, the U.S. welcomes the signing of the Peace Accord by the presidential candidates and enjoins them to remain committed to a peaceful electoral process.

“The United States government does not support any specific candidate or party in Nigeria’s upcoming elections. The United States supports the Nigerian democratic process itself. We support a genuinely free, fair, transparent, and peaceful electoral process. “We, and other democratic nations, will be paying close attention to actions of individuals who interfere in the democratic process or instigate violence against the civilian population before, during, or after the elections. We will not hesitate to consider consequences – including visa restrictions – for those found to be responsible for election- related violence or undermining the democratic process. Under U.S. immigration law, certain violations may also lead to restrictions on family members,” the statement read. Similarly, the British High Commission in Abu-ja reaffirmed its strong support for free, fair and peaceful elections in Nigeria and assured that her international partners would remain committed to supporting Nigeria’s democracy.

“We do not support any party or individual and believe that the Nigerian people should be able to choose their leaders in an environment free from hate speech and insecurity. “We continue to provide significant support to Nigeria’s Independent National Electoral Commission (INEC) and to Nigerian civil society to help them deliver credible elections.

We also regularly engage with actors across the political spectrum to encourage them to respect electoral rules and maintain an atmosphere of peace and calm. “We will be deploying an extensive observation mission for the forthcoming elections, including coordinating with the EU’s Election Observation Mission.

Our monitors will, in particular, be looking out for any attempts to encourage or use violence to influence the elections, including on social media. “We would like to remind all Nigerians that where the UK is aware of such attempts, this may have consequences for individuals. These could include their eligibility to travel to the UK, their ability to access UK-based funds or lead to prosecution under international law.

“The UK is a friend and partner of Nigeria. We hope our continued support will play a role in helping Nigeria take a further step towards consolidating the progress made since democracy returned in 1999,” the statement read. It could be recalled that the international community had, last November, urged the political parties in Nigeria to ensure transparent campaigns and avoid hate speech and violence. They also urged all voters, particularly women, youths and people living with disabilities to exercise their democratic right by voting in the forthcoming elections.

The message was endorsed by the United States, United Kingdom and the European Union Delegation to Nigeria. Other countries that appended their signatures to the document were France, Germany, Australia, Austria, Bulgaria, Canada, Czech Republic, Denmark, Finland, Greece, Hungary, Ireland, Italy, Japan, Netherlands, Norway, Portugal, Republic of Korea, Romania, Slovakia, Spain and Sweden.They said that even though the choice of who wins the elections was the responsibility of the Nigerian people, the international community would be interested in the process leading to free, fair, transparent and peaceful elections and will follow the campaigns and election process closely. “At the beginning of the 2019 electoral campaign, we would like to reiterate our strong commitment to support democracy in Nigeria.

We encourage Nigeria and its people to consolidate and deepen democracy, building on the standards set in 2015. “We urge all involved – political and non-political actors – to refrain from using hate speech and take a firm stance against violence. The 2015 Peace Accords played an important role in that regard and we welcome new efforts towards that end,” they said.

Continue Reading
You may also like...
Related Topics:ban, nigerian, politicians, travel, uk, us