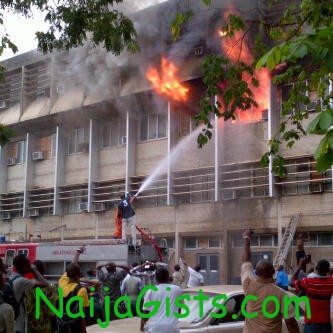 Just few days after the tragic heart attack death of a popular University of Lagos, UNILAG lecturer Professor Sofoluwe, the University has lost another lecturer named Chief E. A Bassey.

Chief E.A Bassey popularly called Bassey was reported to have died in his office in the Department of Creative Arts after watching the Champions League final match between Chelsea and Bayern Munich FC on Saturday night.

“Except there is a medical report or an official statement from the management, it may be too difficult for me to say precisely whether his death has anything to do with match or otherwise,” the source said..

Another source claimed he might have died of heart attack due to the shock of some sort from the match he watched.