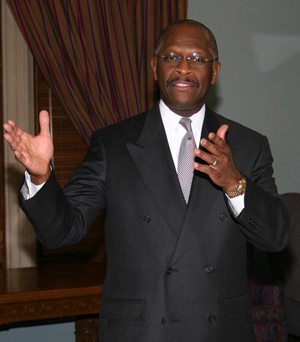 Nov 9, 2011 – US Presidential Candidate Herman Cain and His Female Accusers

US Republican Presidential Candidate  Herman Cain was trailing in the polls until recently following the accusations by a few women of  sexual harassment including Sharon Bialek. Ms Sharon bialek claims this happened 14 years ago. Mr Cain became popular for is 999 plan which many have criticized saying it will only benefit the rich. Following the accusations, the presidential candidate claims they are all false allegations.

Another woman actually gave a detailed account of what transpired between them. You can watch the video below.

Is this a way of blocking his presidential aspiration. Who do you believe the women or Mr Herman Cain?