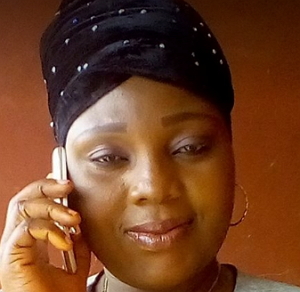 She also told the court that her husband, Bolaji, used to litter their bedroom with condoms he used on his girlfriends.

The petitioner further told the court that her husband, with whom she had a child in their three years of marriage, was also adulterous.

“Bolaji brings home girls of different sizes, shapes and colours and made love to them on our matrimonial bed.

“I used to see used condoms hang on every corner of our bedroom.

“One of the girls he brought home got pregnant and gave birth to a baby.

“Whenever he made love to me, I suffered infection with serious itching on my private parts that I have to use drugs before relief,” she said.

The hairdresser said that Bolaji owed her N620, 000, adding that her husband used her Automatic Teller Machine (ATM) card to withdraw the money without her consent.

‘’He also took my ATM card to withdraw N300, 000 from my account without my consent.

“When the issue resulted into a fight, his mother singlehandedly paid N350, 000 out of the money.

The estranged wife said that Bolaji always threatening to kill and their son.

“My husband is a wife-beater who always disgraces me in public by stripping me naked during the beatings.

“He used to tell me that he was a cult member, that he committed atrocities in school which made him to be rusticated, that he could do such atrocities to me.

“Bolaji also threatened to use our son for ritual,” the petitioner told court.

She described her husband as an irresponsible husband and father, claiming his mother had been playing his role in the house.

The house wife therefore begged the court to terminate their marriage, claiming that the love she once had for her husband had faded.

However, Bolaji, accepted that he was owning his wife money but said that the money was not up to N620, 000.

“Yes, I took her money in the room and also took her ATM without her consent to withdraw only N120, 000 when I was in need of money and she refused to give me.

The 36-year-old public servant denied littering their bedroom with condoms, but agreed that his girlfriend got pregnant for him.

The respondent said that he never threatened his wife’s life with cult.

“I am not a cult member, I left the school willingly because some cult members wanted to force me into their groups,” he said.

According to him, he cherishes his son and cannot use him for ritual.

He agreed that he beat his wife but denied stripping her naked.

Bolaji urged the court not to grant his wife’s request for the dissolution of marriage, adding that he would change for better as he was still in love with her.

The President of the court, Mr Akin Akinniyi, advised the couple to reconcile, saying that they were too young to be separated.

Akinniyi adjourned the case until May 24 for possible reconciliation.