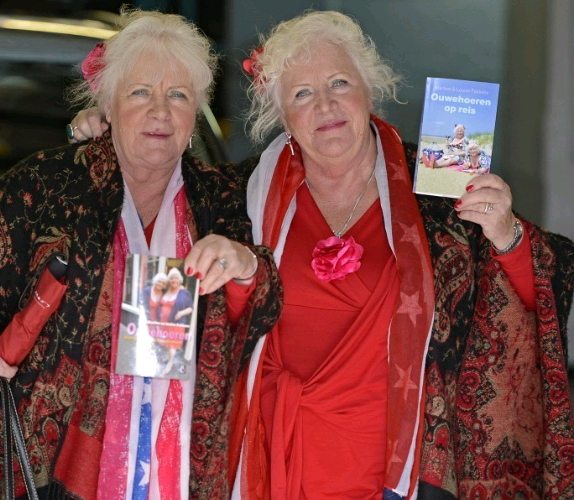 Louise and Martine Fokkens are twin sisters based in Amsterdam who work as professional prostitutes. naijagists.com

At age 20, Louise Fokkens pictured above on the left became a prostitute after her hubby and close friends decided it’ll be a profitable business to venture into.

Martine Fokkens pictured on the right joined her sister Louise after she noticed it’s a lucrative career path. She is a mother of 3 who works as a part-time prostitute.

The twin sisters claimed they have slept with over 350,000 men in their 50 years as professional prostitutes.