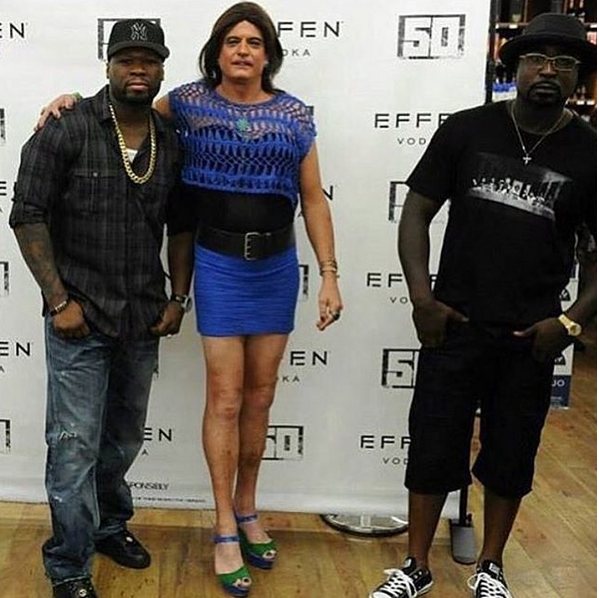 Sept 20, 2015 – Young Buck Steps Aside As Transgender Poses Besides 50 Cent For Photo

The above pic of rapper 50 cent with a transgender has gone viral on the social media.

It went viral after 50 cent’s band mate, Young Buck steps aside the moment a transgender posed beside him and 50 cent.

The rapper later took to the social media to defend himself for posing beside the funny looking dude.

“Why wouldn’t I take this picture? I have taken pictures with puffy(P diddy) too. Lol but buck was like what the f**k .. lmao”

50 cent referenced P Diddy in the above comment because he has always accused him of being gay.