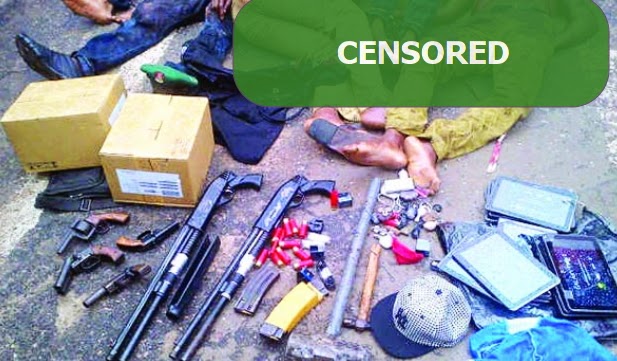 Sporadic gunshots were heard in some parts of Maiduguri metropolis in Borno State yesterday barely a day after Boko Haram launched a failed attack on a military formation.

Residents said the gunshots were fired by the military troops around the Giwa Barracks of the 21 Armoured Brigade of the Nigerian Army, which was attacked by the insurgents last Friday morning.

A security source hinted that some insurgents who fled the scene of the Friday attack during heavy bombardment by the military, were suspected to be regrouping at Alau, a community on the outskirts of Maiduguri. The development, according to the source, prompted what he called quick action by the military to crush the hoodlums before they embark on any further attack. Twelve of the insurgents were reportedly killed.

“That was why people heard gunshots again today (Saturday). We won’t give remnants of Boko Haram breathing space again,” he said, though the claim could not be confirmed from the military authority in the state at Press time.

Most roads and streets in the city were deserted yesterday as many residents remained indoors for most part of the day. Residents lauded the military and the youth vigilance groups for rising to the occasion to repel the insurgents’ attack and ensuring Boko Haram recorded heavy casualties.

Meanwhile, the state government has announced the review of the 24-hour curfew initially imposed on the state capital in the wake of the Friday attack. The curfew is now from 9pm to 6am.

A statement signed by the Secretary to the State Government, Baba Ahmed Jidda said the governor approved the review after consideration of the security situation.

“The curfew now starts from 9pm to last till 6am. All citizens are kindly advised to continually cooperate with security agencies and abide by provisions of the curfew until further notice.

“Gov Shettima regrets all inconveniences caused by the curfew and appeals to citizens to carry on with their commitment in the collective search for sustainable peace in Borno State.

“The Shettima administration is very determined to continue working round the clock in a sustained effort to protect lives and property of citizens and to improve their living conditions through numerous policies, programmes and projects.”

The statement said the governor commended all residents for their understanding even as urged them to sustain their prayers for the return of lasting peace to Borno and all parts of the country.