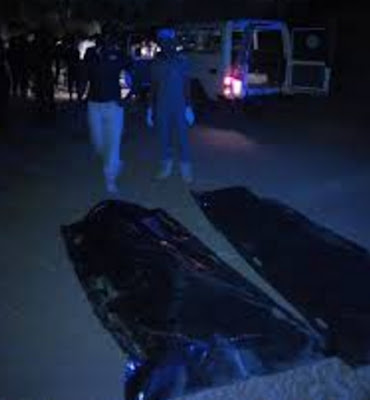 December 19, 2016 – 2 Female Terrorists Kill Themselves As Soldiers Foil Another Suicide Attack In Maiduguri

He said that the suicide bombers were halted at the outskirt of Maiduguri, the state capital.

“At About 2030hrs on Sunday, two female suicide bombers were halted to stop for routine check at Geleri village which is about five km to Muna Garage, near Maiduguri.
“One of the suicide bombers detonated the Improvised Explosive Device (IED) strapped to her body, killing her and her accomplice, whose IED vest did not detonate.

“Three residents of the area were, however, injured.
“The police rushed to the scene to render the unexploded IED safe.
“The area, however, has been secured and normalcy restored,” he said.

Continue Reading
You may also like...
Related Topics:female, Soldiers, terrorist