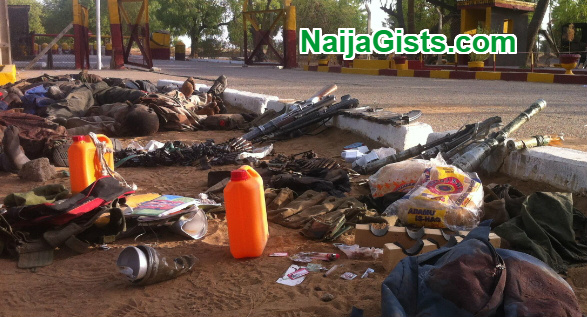 Not less than 22 Boko Haram militants lost their lives today at Logomani area of Dikwa Gambarou road in Borno state.

According to a statement released by the Nigerian Army spokesman today, 4 soldiers died in the attack while 2 others sustained injuries. Colonel Sani Usman said the terrorists stole rifles belonging to the four casualties of war today.

Items recovered from the troops include 2 AK47 Rifles, 2 other Rifles (FN & G3 brand) and 36 Hand Grenades.

Usman said the military has taken over the entire place.