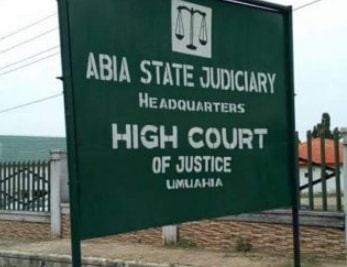 A lawyer based in Aba caused pandemonium at the High Court I in Obingwa LGA of Abia state today when he suddenly slumped during a court session.

According to eyewitnesses, Barrister Obinna Onuoha slumped as he was cross examining a witness in court.

His death caused panic at the court as people who attended the court session fled out of fear of being arrested when the lawyer slumped.

The lawyer was pronounced dead at an undisclosed hospital where he was rushed to shortly after the incident.

A family source told reporters that the lawyer died of heart attack.