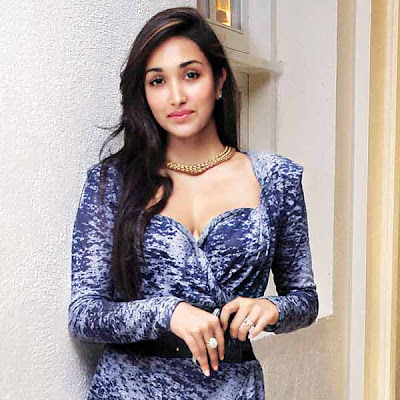 According to Police investigations, Jiah Khan was heartbroken after a failed relationship with the son of an actor couple which possibly drove her to take the step at her home on Tuesday.

The body of Jiah, 25, was found hanging at her ‘Sagar Sangeet’ residence in Juhu last night where she lived with her mother and sister who were not present when she ended her life. 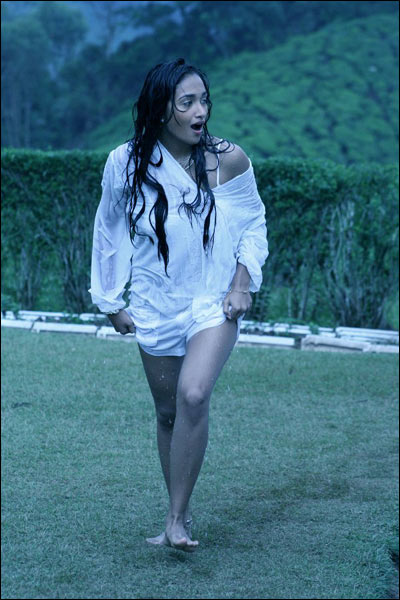 Preliminary investigation has revealed that she was in a relationship with Suraj, son of actor couple Aditya Pancholi and Zarina Wahab for nearly a year. Jiah was said to be under depression after coming to know of Suraj’s new love interest, who supplied jewellery to the Pancholis.

Investigators said the actress, who made her dream debut opposite Amitabh Bachchan in Ram Gopal Varma’s 2007 film ‘Nishabd’, prima facie took her life due to her strained relationship with Suraj, a student at an acting institute.

Suraj and Jiah spoke over telephone a number of times yesterday, with the last call being made at 10.53pm which lasted for two minutes. Soon after, Jiah hanged herself. Post mortem examination revealed the incident took place between 11 pm and 11.30 pm, sources said.

“Jiah was said to be very possessive about Suraj. Last night they exchanged text messages on their cell phones. Suraj also sent her a bouquet which she did not accept,” they said.

Jiah was also said to be unhappy about her career in Bollywood as she had been out of work for quite some time. She had told her mother that she wanted to take up interior designing as a profession besides acting in Bollywood.

Her mother Razia Khan told the police that Jiah had gone to Hyderabad on June 2 for an audition which did not go off well. The actor, she told the police, was advised to shed weight.

Both Suraj and Aditya were questioned by the police in connection with the case for nearly three-and-a-half hours and would be called again if necessary.

Bollywood was aghast at the news of her demise with megastar Amitabh Bachchan tweeting, “What!!! Jiah Khan??? what has happened? is this correct? unbelievable!!!.”

Varma called Jiah a girl with “spunk and spirit”.

“Never ever seen a debutante actress with more spunk and more spirit than Jiah when I was directing her in ‘Nishabd’. The whole unit of ‘Nishabd’ was literally in love with Jiah.

“No matter what her problem was I just so wish she applied her on-screen philosophy of ‘Nishabd’ to her own life. Shocked and choked to hear about Jiah,” Varma tweeted.

The British-Indian actress was later seen opposite Aamir Khan in “Ghajini” and Akshay Kumar in “Housefull”. She had been missing from the big screen for a while now.

“Jiah Khan was full of life when I worked with her long time back. So sad that something drove her to take this extreme step. RIP,” tweeted Anupam Kher who had also worked with the actress.

“Life has to be experienced and lived!It’s a limitless ocean, have to swim through it,and not let it drown you! RIP Jiah Khan! God bless her soul,” Bipasha Basu tweeted.

Filmmaker-choreographer Farah Khan tweeted, “Can’t register that Jiah is no more… Worked with her in ‘Housefull’ and she was so beautiful n such a good soul. Too young to go Jiah.”

Filmmaker Kunal Kohli said, “What she must’ve gone through to take such a step we’ll never know. May her soul rest in peace.”