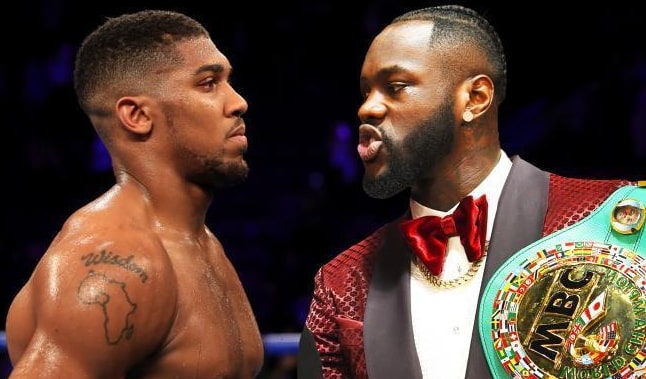 British Nigerian boxer Anthony Joshua has reiterated he wants Deontay Wilder as his next opponent.

There has been speculation that the multiple heavyweight title holder is avoiding American Wilder, who holds the WBC title, but Joshua says that’s untrue.

“He [Wilder] is saying I won’t fight him but, as I’ve said, I’m willing to fight Deontay Wilder on April 13 in London, so I don’t know what more I have to do to get that message across.” Joshua, who holds the IBF, WBA and WBO titles, said fellow Briton Tyson Fury is also in the picture but who he gets to fight first is out of his control.

What I can do is control what I say and what I’m doing. “I made sure with the negotiations, I booked the date in advance, set the venue in advance and I’m making my point clear in front of everyone watching: I’m willing to fight any one of these guys, especially the champion Deontay Wilder. On April 13 at Wembley [Stadium]. What more can I say?”.

There have also been claims that Joshua has to beat lineal champion Fury to be the true undisputed heavyweight champion of the world but Joshua, who has his roots from Nigeria, responded swiftly to the question.