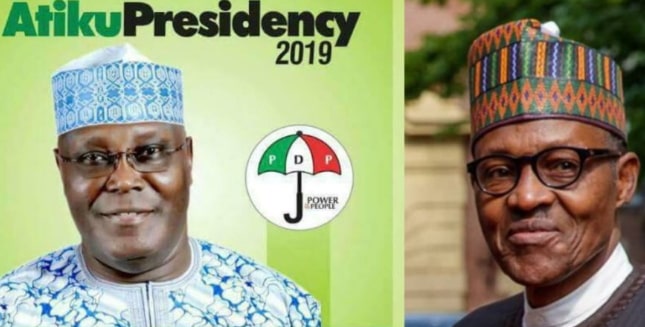 Ex-VP Atiku Abubakar is on a familiar terrain. In February, next year, he will, on the peoples Democratic Party (PDP) platform, be a formidable opponent to President Muhammadu Buhari of the ruling All Progressives Congress (APC) during the general election.

He clinched the part’s ticket at its convention, which held in Port Harcourt, the Rivers State capital, between Saturday and yesterday on the platform of the Peoples Democratic Party (PDP) during the general election.

His political life is full of ups and downs. But, his ability to quickly put the past behind him, strive to rise after each electoral fall and forge ahead with optimism underscores a sort of “audacity of hope”.

It is Atiku’s fifth attempt at the presidency. At 72, he is not a young man. Many think that time is running out. Yet, for him, the attainment of the presidency is a critical factor in self-actualisation.

In the aborted Third Republic, he challenged the late Moshood Abiola to a duel at the historic Jos convention of the defunct Social Democratic Party (SDP). But, many believed that he was running for the highest office by proxy. The main issue at that time was his political mentor, the late Gen. Shehu Yar’Adua, who later asked him to step down for Abiola during that tensed moment of horse trading, wheeling and dealing.

His second attempt was in 2003 when he made a feeble attempt to contest against his boss, former President Obasanjo. Atiku was said to have the backing of many governors, including Orji Kalu (Abia) and James Ibori (Delta). It was a risky venture. The president was said to have knelt down for his deputy as he implored him to opt out of the race. That episode marked the parting of ways between the former numbers one and two citizens.

When he defected from the PDP in 2007, he sought refuge in the defunct Action Congress (AC). He ran for the president, but without success. He was defeated by the younger brother of his mentor, the late President Umaru Yar’Adua. Atiku’s runnning mate was Senator Ben Obi. After the unsuccessful attempt, he retraced his steps to the PDP. Later, Obi followed suit. The AC family felt betrayed. They complained that he jumped ship without informing party leaders.

In 2011, Atiku threw his hat into the ring again. At the regional selection process, he defeated former President Ibrahim Babangida. But, he could not cross the next hurdle. At the PDP primary in Abuja, the Federal Capital Territory (FCT), he was defeated by President Goodluck Jonathan, who had the backing of Obasanjo, the political coach-in-chief.

A serial defector, Atiku later left for the APC after the formation of the party by the legacy platforms-the Action Congress of Nigeria (ACN), the All Nigeria Peoples Party (ANPP), the Congres for Progressive Change (CPC), a faction of the PDP and All Progressive Grand Alliance (APGA). During the 2015 primary, he contested along with President Buhari, Senator Rabiu Kwakwanso, Owelle Rochas Okorocha and Sam Nda Isaiah, publisher of Leadership newspaper. He came third, trailing Kwakwanso. Gen. Buhari was elected as candidate.

Two years ago, the former vice president called it quits with the APC. He unfolded his presidential ambition, thereby drawing attention to himself as an opposition leader. By the time he returned to the PDP, he had revived his old structures and networks across the six geo-political zones. To worm himself to the politically conscious and highly enlightened people of the Southwest, he campaigned to them on the borrowed platform of restructuring. His campaign manager was former Ogun State Governor Gbenga Daniel. But, already a household name in Nigeria, Atiku needed no introduction.

After the convention, where the battle for the ticket was won and lost, what is next for PDP and Atiku?

During the week, politics of substitution will replace convention blues. Tambuwal will have to return to Sokoto to regain the governorship ticket. Also, Saraki will race back to his Kwara Central base to regain the senatorial ticket.

Atiku still needs the support of these contenders to survive at the general election. The contenders have no choice too, unless they want the APC to continue in power without a fight.

A source said the APC may not give up on Kwakwanso and Tambuwal, who may still be urged to consider returning to the fold after their failed bid for the PDP ticket.

To observers, Atiku has much work to do. The onus is on the flag bearer to unite the party and carry along these contenders during post-convention campaigns. All of them should have representatives on his elaborate campaign team to foster inclusion and a sense of belonging.

Will Atiku triumph this time around? He has followers. Last year, a minister in Buhari’s administration professed her loyalty to him. Old allies in the APC are watching his activities with keen interest. He is endowed with courage and resilience. He is goal-oriented. Atiku also believes in the judiciary and rule of law. He survived by leaning on the court when Obasanjo turned the heat on him. He was in court six times.

What will be Obasanjo’s reaction to his emergence? Before his emergence, Obasanjo had foreclosed supporting him, saying that God will not forgive him if he queued behind Atiku for president. Almost six years ago, Obasanjo disparaged his former deputy, saying that he could not trust him with political leadership. Asked to comment on Atiku’s bid, he retorted: ‘I dey laugh o.’ Although Atiku later embarked on a peace mission to his Abeokuta, Ogun State residence, reconciliation did not take place.

Recently, Obasanjo allegedly said God had not revealed to him that Atiku will be a good President. The Waziri replied that his former leader needed to consult with God and spend his twilight of life in a honourable manner.

To a large extent, Atiku has moderated the public perception of his personality and political career. But, he has maintained that he has never been tried or convicted for corruption. Critics and foes have also insinuated that he had refrained from travelling to the United States (U.S.) where corruption charges are allegedly hanging on his neck. His supporters have denied it, saying that it is a non-issue. The choice of where a person travels to, they argue, is personal. According to them, enemies are cooking up falsehoods to malign the politician.

But, can Atiku beat President Buhari? Will the North jettison the President and opt for Atiku? Will the isolated defections from the APC to the PDP work in his favour? Who will Nigerians prefer between him and the President? Will Atiku realise his ambition? Time – the four-letter word – will tell.