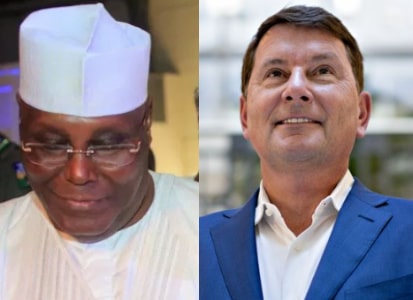 But it said the trip would not remove the fact that Atiku was indicted by a congressional report that named him in a money laundering case.

“The former Vice President’s eventual entry into the country after a 12-year travel ban cannot negate the US Congressional report that named him in one of four notorious cases of money laundering in the world,” the BMO said in a statement signed by its Chairman, Niyi Akinsiju and Secretary, Cassidy Madueke.

It added: “The 2010 report titled ‘Keeping foreign corruption out of the US’ clearly linked the convicted American Congressman Williams Jefferson to Atiku Abubakar who was described as ‘a high-ranking official in Nigeria’s executive branch who had a spouse in Potomac, Maryland’ in a bribery scheme meant to influence business contracts with African countries

“It also noted that Atiku’s fourth wife Jennifer Douglas Abubakar helped her husband bring over $40m in suspect funds into the US including at least $1.7m in bribe payments from Siemens AG, a German corporation, and over $38m from little known offshore corporations.

“Jefferson and Siemens who were technically the former Vice President’s co-conspirators in the deal were convicted and Jefferson went to jail while his sealed indictment had been intact since 2010. 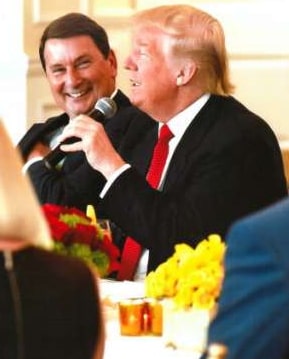 “It is a fact that the US President Donald Trump with his ‘America First’ mantra has not been too comfortable with Africa’s booming relations with China with Nigeria as arrowhead and may be willing to do business with anyone that will boost his country’s interest even to the detriment of their own country.

“The world has seen how Trump had been reluctant to take a hard-line stance against Saudi Arabia over ‘Kashoggi murder’ because of his close business link with Crown Prince Mohammad bin Salman”, it said

The group said it was not surprised by the visit as it had revealed in November last year that the PDP and its Presidential candidate had secured the services of Brian Ballard, a US lobbyist with close links to President Donald Trump, to facilitate the entry visa for millions of dollars.

“We said back then that even if Trump’s friend convinced the US authorities to clear the path for Atiku to finally enter the US, it won’t clear the former Vice President of the corruption scandals that have over the years stuck to him.”