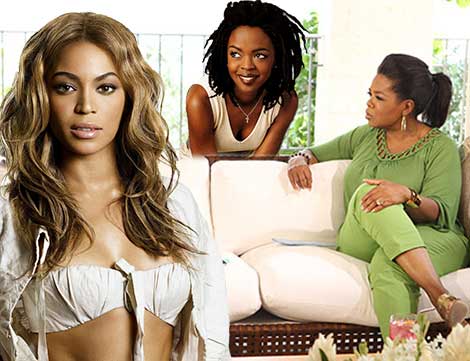 According to a recent report on Celebrity Essence, Beyonce Knowles and Lauryn Hill have turned down an interview request from Oprah Winfrey. naijagists.com

We learnt that Grammy award winner Lauryn Hill who is currently enmeshed in over $1.5 million tax evasion issue had declined Oprah’s request for an interview, as apparently she’s in no mood to discuss her tax woes.

Oprah Winfrey admitted Hill had turned her down on Twitter, responding to a fan’s request for a Lauryn feature with, “Tried. She said no.”

Oprah also revealed that she also hasn’t had any luck in getting Beyonce for a one-on-one interview. “See if you can convince Beyonce, I haven’t had luck yet,” Oprah tweeted to one fan. (celeb essence)