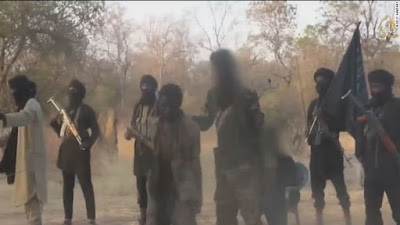 The terror sect, Boko Haram, yesterday killed 11 of its members for defecting.

A 20-man killer team was hurriedly raised by the sect and dispatched to go after the rebels.
They were rounded up in the village and put on trial.

The sect’s emergency court found them guilty of desertion.
Within minutes, the killer team slit the throats of the deserters in the presence of the villagers to discourage further defections.

A member of the Civilian Joint Task Force (CJTF) who identified himself simply as Modu said yesterday in Maiduguri that the killer team stormed the village early in the morning and embarked on selective killing of 11 villagers, slitting their throats for renouncing their membership of the group.

He said that the 11 fleeing Boko Haram members had disappeared from the village a long time ago only to return a few days ago, raising concern in the community.

“Everyone knew in the village that the men who recently came back to settle among them were Boko Haram because they left a long time ago.

Many residents knew once they returned that we were not safe with their presence in our midst,” Modu said.