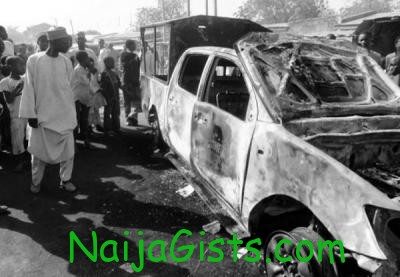 A bomb blast has been reported in the capital city of Taraba State, Jalingo at around 9am on Monday April 30, 2012. naijagists.com

We learnt the major explosion rocks government offices in the city this morning.

Several people were injured as the attack took place during the morning rush hour.

Bomb Discovered and Defused in Yola

In another developing story, a bomb has been discovered in Yola and successfully defused this morning.

May God deliver Nigeria from the hand of these evil being called Boko Haram.