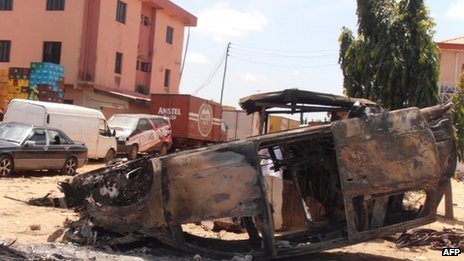 During a fierce gun battle between security forces and Boko Haram militants in Damaturu, Yobe State, 34 people have been confirmed dead. naijagists.com

3 police officers and a soldiers were also injured.

“So far we have 34 dead bodies in the morgue,” said the senior hospital official after the fighting broke out Monday and continued Tuesday in the northeastern city now under round-the-clock curfew. “The figure is likely to rise.”

God have mercy on Nigeria.