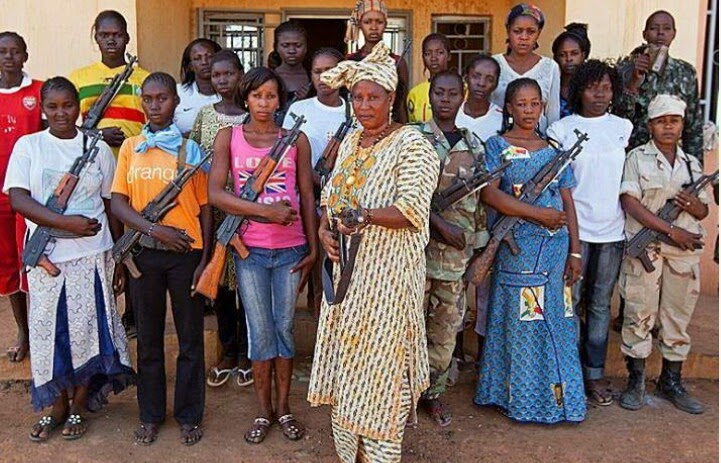 According to one of them who deserted the group recently, they were mostly natives of Borno state who were used by the insurgents to identify houses of prominent figures in government in the two localities and their environs.

Some of the indigenes, who were rescued from captivity during an interaction with Saturday Sun, maintained that the recent military breakthroughs were made possible because the cohesion that once existed within the group has begun to weaken and, therefore, the centre is beginning to bottom out.

The recruited natives, who claimed that they were hypnotized by the insurgents toward assisting in dishing out vital information, took the advantage of these recent breakthroughs of the troops to escape to Mubi and Yola, the state capital.

Aliu Dauda, one of those that escaped, relayed his experience in the camp to Saturday Sun. He said that many of them that were recruited were did not join on their volition. According to him, they hypnotized, using certain liquid substances.

“Most youths in Michika were forcefully recruited to join the gang, first as subsidiary staff. Failure to do their bidding attracted lashes or being shot in the leg or confined in an underground detention camp.

“We served as informants and any attempt to give out false information will be punished severely. The fact remains that we were placed under a spell, which made it possible for us to obey them. We discovered that we were doing everything they told us without complaints.

“I thank God that I survived and now in the midst of our kinsmen who have helped us to recover from the after effect of our abduction,” Dauda enthused.

Adding, he said: “Those that forcefully recruited us do not have human feelings. While we were in their midst, we could not resist whatever they told us because a liquid substance was given to us.”

When asked how he was able to escape, he said that, “first and foremost, there were disagreement and disenchantment between the rank and file of the gang and our supposed leaders. Those of us that were newly recruited five months ago, had to escape when it was apparent that Nigerian troops were having an edge over the Boko Haram sect.

“At the stage we were, we weren’t given arms and ammunitions but rather our assignments were to give out information and identify locations and targets for destruction. We had not graduated to that stage; those recruited in Konduga and Gwoza were our seniors in the business of killing. We that were forcefully recruited in Gulak, Madagali and Michika, were considered not mature or trained to handle weapons or take charge of ammunition.”

Dauda disclosed to Saturday Sun that hunger and starvation in the camp of the gang immensely contributed to the breakthroughs recorded by the Nigerian side. “As a result of hunger and starvation, the gang allowed the newly recruited to search everywhere for food. We were given this assignment because we are familiar with the localities. We had no choice but to break into people’s houses who are our kinsmen to get raw food. Besides, houses of prominent persons in Michika were taken over by the sect.”