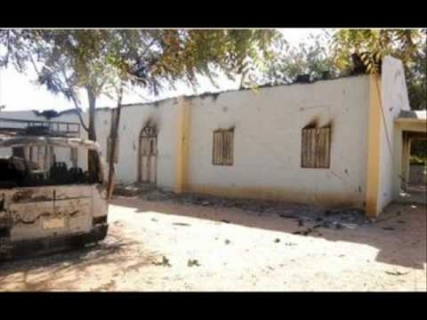 “Unknown attackers scaled over the fence of an apartment in Potiskum housing three Chinese doctors around 1:00 am and slit their throats. No arrest has been made,” Yobe State police commissioner Sanusi Rufa’i told AFP.

Residents said the Chinese were employees of the state ministry of health and had been living in the volatile city for one year.

Rufa’i did not say if the Islamist group Boko Haram which has been active in Potiskum, some 100 kilometres from state capital Damaturu was responsible for the attack.

“It is still premature to point any accusing fingers but we have commenced investigation to unravel the killings,” he said.

A local resident said the bodies of the Chinese were found in their room Sunday morning by neighbours who forced the door open.

“This morning, it was discovered that three Chinese doctors have been slaughtered. People became worried when the doctors did not open their door in the morning,” a resident who did not want to be named, told AFP.

The killings were the latest against Chinese nationals in recents months in the country’s restive northeast.