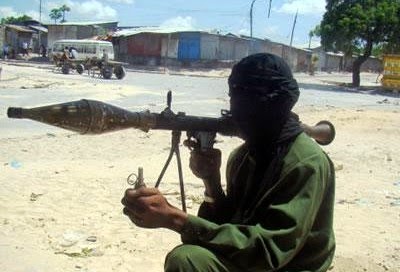 Sept 7, 2014 – “Boko Haram Has Taken Over Several Towns In Borno State, Nigerians Are Living In Refugee Camps In Niger, Chad”-SSG

Baba Ahmed Jidda, the secretary to Borno State Government has raised an alarm over the ongoing battle with Boko Haram in the state.

While addressing journalists in Abuja today, Jidda said the sect has taken over most part of the state.

Jada stated that the state and its citizens would be silent on any discussion concerning 2015 elections, adding that, politicians should also play down discussions on 2015 elections in the state or anywhere in the country in the face of terrorism.

Jidda lamented Independent National Electoral Commission’s decision to conduct a bye-election for Jere LG House of Assembly Constituency on 3 October despite increasing terrorist attacks. He explained that displaced persons now live in refugee camps in Maiduguri as well as in neighbouring countries like Niger, Chad and Cameroon.

In his speech titled, “Imperatives of Peace before Politicking”, Jidda said it is cruel for anyone to be scheming for political office in the state.

He then called for a stakeholders summit of eminent citizens of North-east zone, irrespective of ethnicity, political and religious affiliations, to articulate a broad-based solutions to the threat posed by the insurgents.

“At this very moment, most parts of Borno State are being occupied by Boko Haram insurgents. Government presence and administration is minimal or non-existent across many parts of the state, with economic, commercial and social services totally subdued. Schools and clinics remain closed.

“Most settlements in the affected areas in the state have either been deserted or access to them practically impossible, thus majority of the political stakeholders cannot, in real fact reach their constituencies.

“So, the threat of insecurity affects everybody irrespective of political differences. The enabling environment for politics and electioneering campaign is simply not obtainable at present in Borno State. In the view of many, the thought about politics and pursuit of political interest in this environment appears absurd, callous and
morally repulsive.”