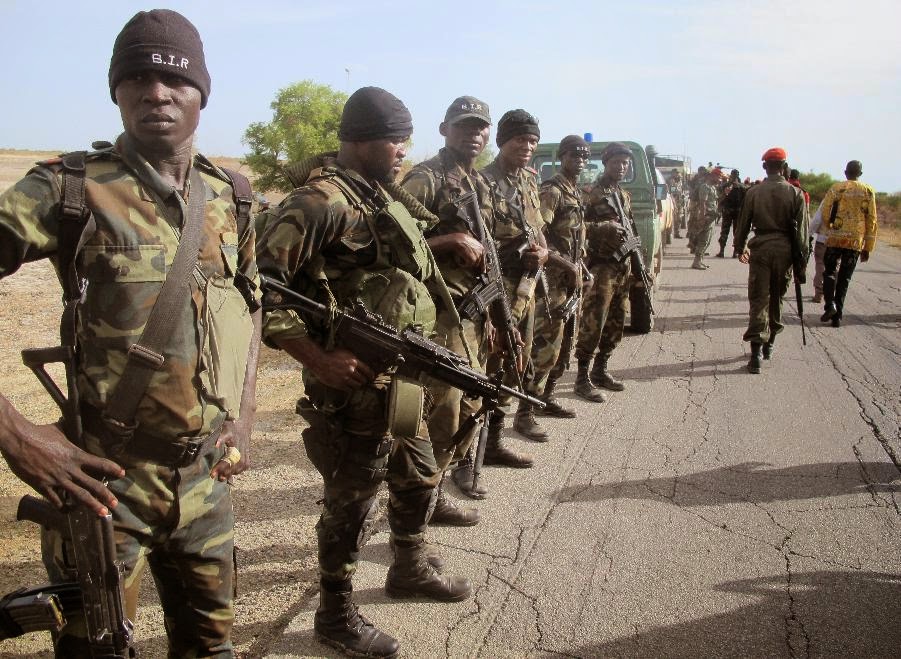 Boko Haram fighters slit civilians’ throats and torched the main mosque in the Cameroon border town of Fotokol during an attack on Wednesday repelled by regional forces, residents said.

Several residents said civilians’ throats were slit and that the town’s main mosque was torched.

“They burnt houses and killed civilians as well as soldiers,” a source close to security forces said.

Another resident who had fled to another town told AFP he knew of at least 10 people who had been killed.

After several hours of clashes Cameroonian troops, backed by Chadian forces who scrambled back from Nigeria to help guard the town, managed to repel the assault.

“People are coming back little by little to assess the damage. The survivors among the attackers have left the town,” a source close to the Cameroonian security services said.

Boko Haram fighters went on the rampage in the Cameroonian border town of Fotokol Wednesday, massacring civilians and torching a mosque before being repelled by regional forces.

The onslaught came a day after Chad sent troops across the border to flush the jihadists out of the Nigerian town of Gamboru, which lies some 500 metres (yards) from Fotokol on the other side of a bridge.

Chad’s army said it had killed more than 200 Boko Haram militants in the intervention — the first by regional forces against Boko Haram on its home ground.

But some of the insurgents escaped and slipped back across the border into Fotokol at dawn to make a fresh stand.

“Boko Haram inflicted so much damage here this morning. They have killed dozens of people,” Umar Babakalli, a resident of Fotokol, told AFP by telephone.

On Tuesday, nine Chadian soldiers were killed and 21 were injured in Gamboru after around 2,000 troops backed by armoured vehicles poured across the border to take the fight to Boko Haram after days of clashes.

The sound of automatic gunfire could still be heard Wednesday in the town as the troops combed the town for remaining rebel elements.

The intervention came days after the African Union backed plans for a 7,500-strong five-nation regional force to take on the extremists, who control vaste swathes of northeast Nigeria.