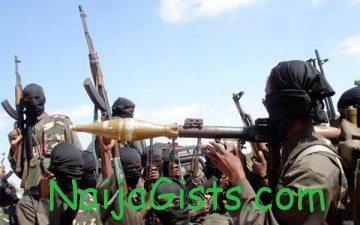 It was the fourth such attack within a week by armed men against government symbols in the state.

The latest attack bore a striking similarity in the targets of the marauders.

A resident of the town said the attack occurred in the early hours of Thursday.

“The police station and part of the one-story secretariat building were burnt by the gunmen, who also attacked a security check-point on the Song-Yola road,’’ he said.

The source said that an old woman and a boy were hit by stray bullets in their home near the police station.

“Dada Audu, an 80-year-old woman with her grandson of about 15 years were hit by bullets and are feared dead,’’ he said.

Ibrahim said he was heading to the location.