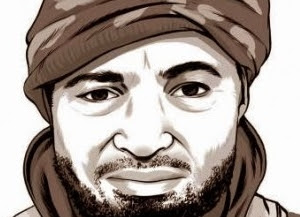 Abubakar Shekau has come after the Islamic State Jihadi sect for deceiving him and replacing him with a new leader.

In an audio message uploaded on YouTube today, a self-proclaimed Abubakar Shekau said he is still very much around.

In the audio message in Hausa and Arabic language, Shekau blasts the new leader, Abu Musab Al-Barnawi, calling him an infidel who condoned living in an un-Islamic society without waging jihad.

His audio message was released in response to reports that he had been purportedly replaced by Sheikh Abu Musab al-Barnawi, a former IS spokesman.

Shekau’s message is coming after a year of silence which clearly confirmed the ideological differences and friction in Boko Haram hierarchy and failure to resolve their differences, a situation which might have led to the Islamic State declaring Abu Musab al-Barnawi as the new leader of the deadly sect.

This is a wake up call for Nigeria as Barnawi has vowed to stop attacking mosques and places occupied by Muslims. According to him, Boko Haram’s next target will be churches and markets where Christians shop.

May God deliver Nigeria from these blood-thirty monsters.