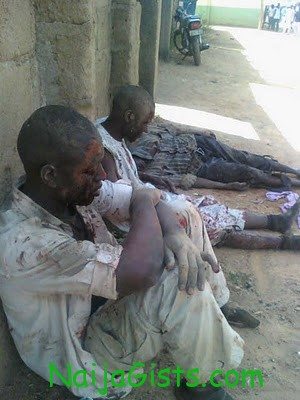 June 8, 2012 – A bomb killed one person early Friday in the northern city of Maiduguri where Islamist sect Boko Haram has carried out series of deadly attacks, the army and residents said.

The improvised explosive device (IED), concealed in a bag kept under a public shed, exploded around 6:00 am (0500 GMT) in the Gidan Dambe district of the volatile city, they said.

The army said victim was a suspected Boko Haram member trying to plant an explosive device. Residents however said they thought he was a drug addict who had been trying to find out what was in the bag.

“There was an explosion in an area of Maiduguri this morning and our men immediately deployed to the area,” Colonel Victor Ebhaleme, commander of the Joint Task Force (JTF) operating in the city, told AFP.

“They found a man we believe to be a member of Boko Haram, dismembered by the explosion.

“Preliminary investigation has shown that he was killed when he was trying to plant the device,” he stated.

A resident said: “a resident known to be a drug addict, named Dalwa, went into the shed and tried to open the bag to see what was inside it. The device exploded and killed him on the spot. His body was blown into pieces.”

The JTF has cordoned off the area.

Boko Haram has been blamed for a series of gun and bomb attacks in the northern region.

In what is their deadliest attack to date, coordinated bombings and shootings in January killed at least 185 people in the northern city of Kano.