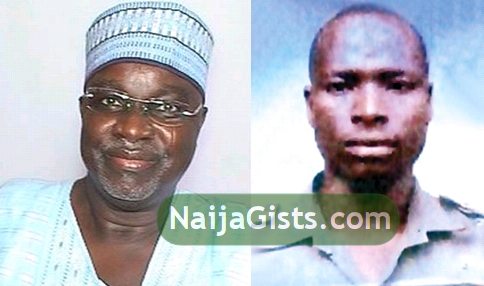 Nigerian Senator Ahmed Zanna Khalifa who was reported to have harboured a member of the Boko Haram terrorist sect, Habibu Bama in his house in Maiduguri has debunked the news. naijagists.com

According to him, Shuaibu Baba aka Habibu Bama is his sister’s son.

Details from him below:

“Shuaibu Bama is a son of my sister. But the lie is what they are saying that they arrested him in my house, which is lie. And we cannot hide or harbour a Boko Haram sect member.

And since he was not arrested in my house, they should go and investigate his relationship with people they arrested him in their house.
I don’t know anything about it and just heard.”

Can you imagine a member of the Boko Haram terrorist sect being the son of a Nigerian senator’s sister?

Kate Henshaw Breaks Silence On Failed Marriage -There Is No Going Back
Akin Adetula, FAAN Staff Arrested With N288 Million At Airport