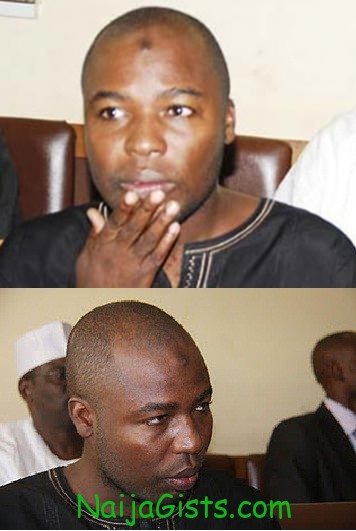 According to the father of Boko Haram Spokesman, Ali Sanda Konduga, you have to be insane to be a part of Boko Haram.

The biological father of  Boko Haram spokesman, Ali Sanda Konduga who was recently arraigned, on Saturday condemned the summary trial and conviction of his son at an Abuja Magistrate’s Court, saying that his son is insane. naijagists.com

The elder Konduga, who is a Second Republic parliamentarian and leader of the defunct Great Nigeria Peoples Party (GNPP) in the House of Representatives between 1979 and 1983, disclosed that his son had a mental case since childhood. He, however, denied his son’s involvement in the activities of the dreaded sect.

He told journalists in Abuja on Saturday that the family thought he would face a proper trial with legal representation, “for us to explain the unfortunate circumstances surrounding his mental health.”

According to him, the family would appeal Konduga’s conviction. “Ali Sanda Konduga has faced mental challenges since his childhood and it is unfortunate that we now find ourselves in this situation,” he noted.

On why the family failed to arrange for legal representation for Konduga before his conviction, the septuagenarian said, “I never knew of his arrest until he was paraded on television and arraigned in court.”

He apologised to Senator Ali Ndume, “who was mentioned by his son as one of the sponsors of the clandestine organisation and is currently in detention, as well as the entire elders of Borno State for the pain and embarrassment caused them on account of the purported claims of my son.”

“We plead for understanding of all as we strive to ensure the review of his unfortunate and improper conviction without a counsel or legal representation,” the elder Konduga said.”(tribune)