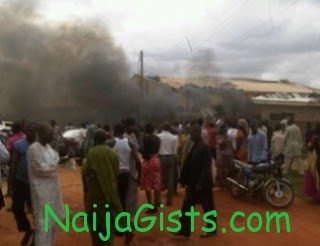 According to police sources, a suspected Boko Haram suicide bomber has attacked an hotel situated on Uche Road in Sabo Garin area of Zaria. naijagists.com

Seven people were injured in the attack and the suicide bomber is still on the run.

A house to house search for Boko Haram members is set to commence in Zaria to combat these incessant killings.