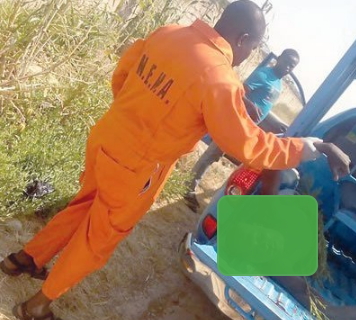 Mr Victor Isuku the spokesman of the command stated this in a statement in Maiduguri.

“At about 11:59pm on Friday, a suicide bomber trying to infiltrate Custom House IDP camp along Maiduguri-Gamboru/Ngala road, was intercepted and gunned down by troops when he refused to stop for a

routine check.
The Improvised Explosive Devise (IED) strapped to his body also exploded killing only him,” he said.
”No other casualty was recorded “.

Two suicide bombers were shot dead while another was arrested on Friday in Maiduguri in multiple atttacks in the city.