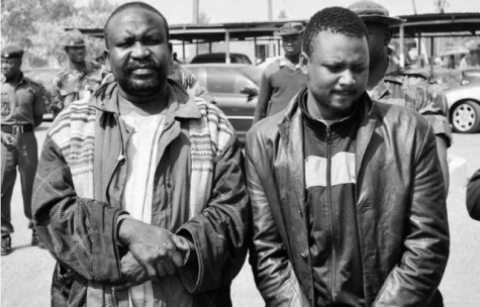 According to Sahara Reporters, Nuhu Muhammad Marafa, the suspected Terrorist and a close associate of Nigeria’s Vice President Namadi Sambo, who was arrested by soldiers on allegations of gun-running and likely links to the Boko Haram sect, has finally regained freedom and is now free in Kaduna. naijagists.com

Mohammed was last week granted bail by a Kaduna Magistrate Court on very lenient conditions, including having a serving Permanent Secretary stand as a surety.  He was immediately let go as soon as the conditions were met.

During an investigation in January, Sahara found out that the suspect was indeed a member of the Peoples Democratic Party in the Chikun local government of Kaduna State, where he managed a campaign organization for Namadi Sambo when the current VP ran for the governorship election, which he won.  The organization was known as Namadi Ambassadors”.

One of the arresting soldiers who monitored the situation bemoaned the latest developments, saying the trial was politicized, and that it openly compromised national security.