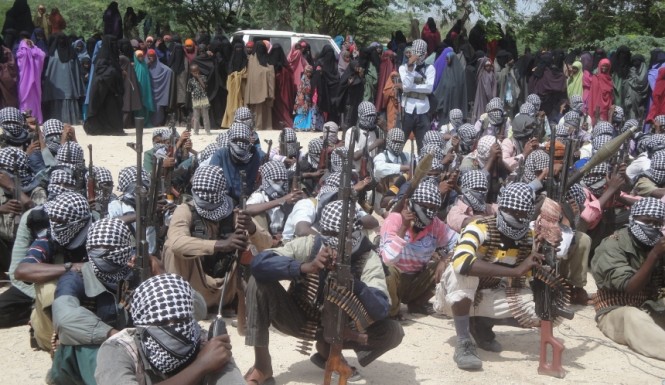 The fighters of the dreaded Boko Haram sect laid a siege to some Borno communities between Tuesday and Wednesday night and killed 145 persons and injured several others.

Some of the deceased were killed in some mosques where the villagers had gone to pray after breaking Wednesday’s fast.

The attacks occurred in some villages in Monguno and Kukawa local government areas of the state.

The Tuesday attack was on Musarram village, located 8km away from Monguno town, in northern part of the troubled state, where 48 males where picked out by the insurgents and killed, according to a resident of the village and some fleeing residents.

In the second attack on Wednesday, the insurgents attacked Kukawa, a border town with Niger Republic and killed 97 persons, according to a fleeing resident, Abba Modu, who spoke to our correspondent in Maiduguri.

Another fleeing resident, Idi Isa, said over 48 persons were killed and 17 others injured when the insurgents attacked Musara, a village that is few kilometres to Monguno on Tuesday.

Isa, who claimed he escaped death by a whisker, said the well-armed terrorists numbering about 40 rounded up the villagers, sorted out the males and opened fire on them.

Isa said, “A total of 48 males died on the spot while 17 others escaped with serious injuries.”

Isa, who spoke on Thursday in Maiduguri, said the image of the killing was disturbing and he still felt he was still being hunted by the insurgents.

A member of the House of Representatives representing the area, Muhammed Tahir Monguno, who spoke to journalists on the telephone in Maiduguri, confirmed the sad incident.

He said, “I received the sad news yesterday (Wednesday) that Boko Haram terrorists had attacked some communities near Monguno.

“Since their dislodgment from the Sambisa Forest, many Boko Haram terrorists had relocated to areas around Monguno where they have been picking on hapless villagers and killing residents there.

“On Tuesday, the terrorists attacked the twin villages of Mussaram I and Mussaram II in the night. They went there when the villagers were resting after the day’s fasting and assembled them before opening fire on them.”

In the second attack on the historic Kukawa town on Wednesday, Modu said suspected Boko Haram terrorists killed about 97 persons.

Modu, a farmer who fled to Maiduguri, said over 50 suspected members of Boko Haram stormed Kukawa at about 6.30pm.

He said, “The terrorists first descended on Muslim worshippers in various mosques who were observing the Magrib prayers shortly after breaking their fast.”

Modu said, “They spared nobody and they even took time out to set most of the corpses on fire.

“They equally proceeded to houses and shot indiscriminately at women who were preparing food.”

One of the bereaved residents of the town, Yusuf Aisami, said the terrorists killed his aunt.

A member of the vigilante group in the area, Modu Kurawa, said the attack was on for over four hours.

Kurawa said, “There was no single soldier in Kukawa when the terrorists came around 6.30pm. The soldiers were in Kuros-Kawwa which is just 11 kilometres away. The terrorists stole assorted foodstuff from houses and homes and then set everything ablaze. They left around 11 pm.”

There was no immediate comment on the attack from both the military and the police in Maiduguri.

[Reported By Kayode Idowu, Metro Plus]