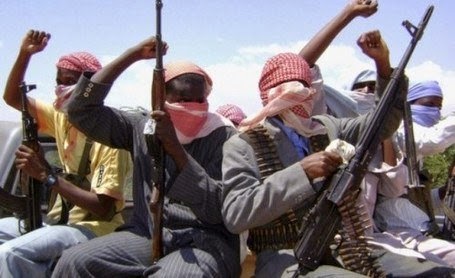 The members of the Boko Haram Sect have written to the 7th Division of the Nigerian Army threatening to attack Maimalari Barracks on Friday (today).

Investigations revealed that security had been beefed up in the Maimalari Barracks which has the Headquarters of the 7th Infantry Division of the Artillery Corps, the Ordinance, the Signal and other crucial units of the Army in Maiduguri.

It was gathered that while security agents saw the letter as a ploy to instill fear into security operatives, all efforts were being made to ward off any attack on the foremost military formation in the North-East.

A source said that the insurgents might have compelled one of the drivers to get the letter to the military of their plan to attack the barracks.

The source said that the letter was written in Hausa Language.

“Yesterday, the Boko Haram sect wrote that they would attack the Maimalari Barracks. They wrote the letter in Hausa Language to give the notification of their coming.

“However, security operatives are praying for them to come to the barracks. The barracks is the biggest; it is the cantonment in Maiduguri.

“The barracks accommodates, the 7th Infantry Division, the Artillery, Ordinance, Engineering, Signal and other corps.

“Soldiers are on the red alert. There are many soldiers there who are waiting for the attack. Soldiers are battle ready,” the source said.

The current threat is coming barely after the Boko Haram sect launched an attack on Giwa Barracks, the Headquarters of the 21 Artillery Brigade on March 15, 2014.

Authoritative military sources said that over 350 insurgents were killed in that attack while some soldiers were injured. A soldier was also said to have lost four children to the attack.

Our correspondent also gathered that the Special Forces had taken over the Gwoza Hills believed to be one of the strongest hideouts of the sect in the North-East.

Investigations revealed that the Special Forces stormed the Gwoza Hills and killed several insurgents in a combined operation with the men of the Nigerian Air Force on Wednesday.

The source said that a soldier was killed in the attack while some others were injured.

“There was an encounter in Gwoza Hills. Troops have taken over the place; it was another fierce encounter.

“A soldier was killed and some others were wounded. On the part of the insurgents, I can’t give you the exact casualty figure because the Air Force was involved and bombs were used.

“Gwoza Hills is one of their strong points. The Boko Haram took over the entire place before the battle but soldiers have taken over the place and have captured some of their arms and ammunition.

“That place is one of their main operational bases; corpses are smelling there. It is a joint operation involving the Air Force and others.

“The insurgents hide under the hills to launch attacks. It takes over three hours to climb to the top of the hills in some cases. The hills are massive,” the source said.

When our correspondent contacted the Director of Defence Information, Maj.-Gen. Chris Olukolade, he asked to be called back as he was in a place where it was not possible for him to give a comment as of the time of filing this story.

Odinkalu told the News Agency of Nigeria that many approaches were needed to tackle insurgency.

Reacting to the New Approach to Countering Terrorism by the Office of the National Security Adviser, he said both soft and hard approaches were required.

“You need the soft approach, de-radicalisation, investment in community, resilience and education to complement the hard approach which is the military approach,”he said.