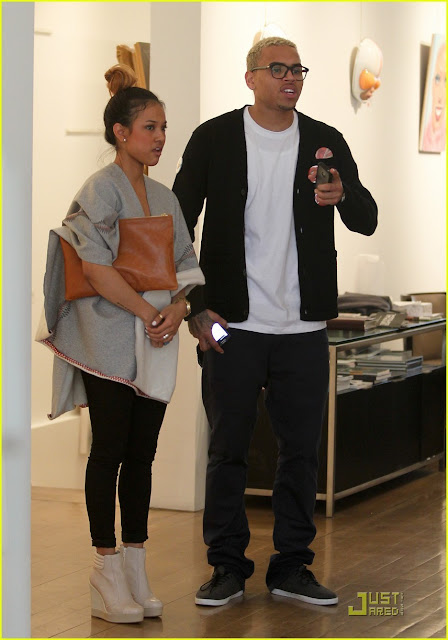 The singer claims he chose to stay solo for now in order to focus on his music career;

In a chat with Hollywood Life, Chris Brown said;

“[Fans have] seen me on and off again with different girls, you know who they are, but right now, as a 24-year-old man, I just choose to be single!”
”I’m still good friends with them. [Now] it’s just me being focused with my music and doing this stuff. Right now, I’m in my prime.”

Heya! the new girl don tire am. He definitely needs prayer it seems these people are after him.

I think Rihanna can tolerate him better than Karrueche Tran.