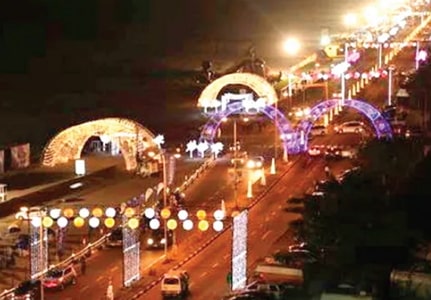 The Federal Road Safety Corps (FRSC) advised motorists not to embark on night journey. The FRSC Unit Commander of in Ilesa, Mr Samuel Oyedeji, who gave the advice, enjoined motorists to stop embarking on night journeys during festive periods, noting that night journeys and reckless driving were majorly responsible for many auto crashes during the past seasons. He said that the unit had deployed some of its personnel to ensure free flow of traffic on highways and that motorists adhere to road safety rules.

The commander also urged them to ensure that their vehicles were roadworthy before embarking on any trip. “The command has embarked on a full-scale enforcement to eradicate reckless driving, overtaking, over loading and use of phone while driving. “Majority of the accidents are as a result of reckless driving and night journey in which armed robbers, potholes, grounded vehicles, among others, cause accidents,” he said. In the same vein, the Yobe State Command of the Nigeria Security and Civil Defence Corps (NSCDC) has deployed about 800 of its men across the state to provide security during the Christmas celebration.

The state Commandant, Mr Ayinla Olowo, who made the disclosure on Friday, said the personnel deployed across the 17 local government areas of the state include plainclothes and uniform men to ensure a peaceful Christmas celebration. Though we are enjoying relative peace in the state, that doesn’t mean we shall sleep with our two eyes closed. We should always be at alert,” he said.

The Nigeria Security and Civil Defence Corps (NSCDC), Osun Command, on Friday, said it had deployed over 1,500 personnel to provide security in the state during and after the Christmas celebration. he Public Relations Officer (PRO) of the corps, Mr Babawale Afolabi, disclosed this in a statement in Osogbo. He said that the command had put in place adequate security arrangement to ensure residents of the state had a hitch-free celebration.

“The corps has deployed over one thousand five hundred (1500) personnel across the state to protect lives and property before, during and after the festival. “Critical national assets and infrastructure throughout the state are also keenly manned by our officers. “We appeal to the public to be vigilant and make available, any information that could lead to the arrest of anyone found tampering with any of these assets. “Any suspicious movements or activities should also be reported to any of the offices of the NSCDC in all the Local Government and LCDA in the state.” he said.