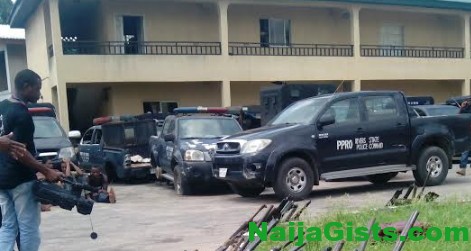 October 17, 2017 – Church Elder Who Murdered His Wife In Front Of Their Children In Uyo Akwa Ibom State, Cut Her Corpse Into Pieces Arrested

A heartless man who allegedly murdered his wife during an argument in Uyo Akwa Ibom state last week has been arrested.

The suspect, Sunday Uko, an elder at the Light of the World Mission Church in Uyo allegedly murdered his wife after a disagreement infront of their 3 children on Wednesday the 11th of October 2017.

He later used machete to cut her corpse into pieces, parked it into two sacks and dumped them into a waste bin near the home of an NDLEA official in the area.

His heartbroken children who witnessed the brutal murder of their mother, 35-year-old Martha Uko reported the matter to the police for fear of being killed by their father.

The suspect who confessed to the murder will soon be arraigned for murder.