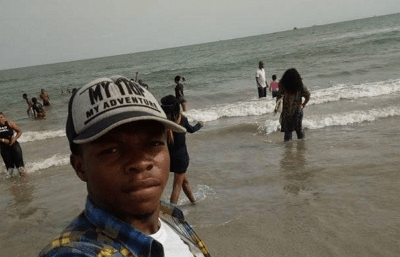 2 boys and a girl have reportedly drowned in a beach at Mkpanak community in Ibeno Local Government Area of Akwa Ibom state.

The incident which occurred last Saturday brings to 10 the total number of persons who have drowned in the popular Ibeno beach between last year and this year.

The beach is a few metres away from the operational base of Mobil Producing Nigeria.

One of the Eyewitnesses, Mr. Asuquo Isangdighe, a photographer, said the victims had engaged in a road walk after which they dived into the river to have their bath.

Though the identities of the deceased could not be ascertained at the time of filing this report, Isangdighe disclosed that one of the victims had just graduated from the Maritime Academy of Nigeria, Oron.

“They were five and two of them escaped from drowning and their ages were between 13 and 19 years old.

“One of them just finished from Maritime Academy Oron.

“The body of the female victim floated to the shores of the river and was thereafter buried same day at the bank of the river as custom and tradition demands.

“The two other victim’s body floated to the shores of the river on Monday and they were buried too at the bank of the river,” Isangidighe said.

Mr David Akpakop, an indigene of Mkpanak, said that the incident was very unfortunate and a sad development for someone to lose his loved ones.

He however, said people do not want to learn and he does not know why the victims would endanger their lives by swimming in the beach.

“For now, the beach is not fit for swimming and on no circumstances should anybody swim,’’ he said.

Akpakop said that one of the victims just finished from Maritime Academy Oron.

He urged the Council Chairman to collaborate with the State Government to set up a task force to stop people from swimming at the beach.

He advised the state government to also set up a rescue team to save people from drowning at the beach.

The Ibeno beach Management Chairman, Mr Peter Akpan, expressed displeasure at the incident, saying that he was not around when the incident happened.