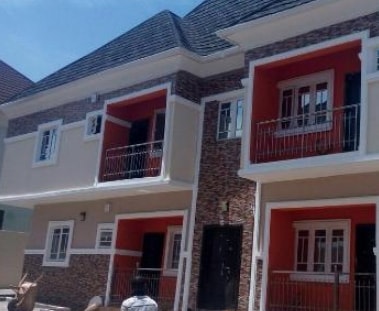 A 41-year-old housewife, Mrs Ifeoma Ofuegbu, who allegedly sold her husband’s house without his consent was on Wednesday arraigned in an FCT High Court, Jabi.

She, however, denied committing the offence, while the judge, Justice Vera Venda, ordered that she be remanded in Suleja Prisons, and adjourned the case until June 13, for the hearing of her bail application.

Ofuegbu was docked on charges bordering on cheating, criminal misappropriation and obtaining money by false pretext.

The prosecutor, Mrs Hadiza Esai, had told the court that the defendant allegedly sold the house situated at Dawaki area of the FCT for N25 million.

She said the alleged offences contravened Sections 320 and 308 of the Penal Code.

Her lawyer, Mr Chijioke Osuagwu, applied for her bail and argued that she remained innocent until proven otherwise.

“Our prayers are contained in the motion paper; this motion is supported by four paragraphs affidavit and we rely on all the paragraphs, especially paragraph three,” he said.

Osuagwu urged the court to exercise its discretion in granting the bail in favour of the applicant and drew the court’s attention to the deteriorating health of his client.

The prosecutor did not oppose the bail application, but said that a plea bargain discussion was already on with the defendant. (NAN)