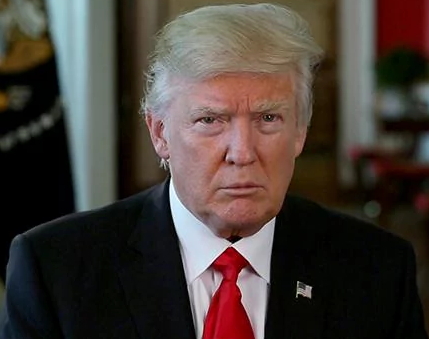 January 28, 2017 – Donald Trump Suspends US Refugee Programme For 4 Months To Keep Terrorists Away

Donald Trump: I Suspended US Refugee Programme To Keep Terrorists Away From United States

US President, Donald Trump has signed an executive order suspending the US refugee programme for 120 days.

Trump specifically barred Syrian refugees until he determines it is safe to admit them.

He ordered his Secretary of State to review the US refugee programme during the 120-day suspension, to make sure people approved as refugees “do not pose a threat to the security and welfare of the United States’’.

The order also specifically bars Syrian nationals from entering the US as immigrants or non-immigrants because allowing them in would be “detrimental to the interests of the United States’’.

The suspension will continue until changes are made to the US Refugee Admissions Programme, his order stated.

It added that refugee applicants already in process may be admitted after completing the revised procedures.

In a further action contained in the order, people from several majority Muslim countries, are barred entry for 90 days, whether they seek refugee status or not.

The order refers to a specific section of the Immigration and Naturalisation Act.

The countries are Iran, Sudan, Syria, Libya, Somalia, Yemen and Iraq, according to The Hill newspaper, quoting the Department of Homeland Security.

The refugee programme will be restarted on a limited basis after the 120-day period if the Secretary of State and Secretary of Homeland Security determine that procedures for allowing them in “are adequate to ensure the security and welfare of the United States’’.

Trump signed the order at a Pentagon ceremony, saying it was designed to keep radical terrorists out of the United States.

“I’m establishing new vetting measures to keep radical terrorists out of the United States of America.

“We don’t want them here; we want to make sure we are not admitting into our country the very threats our soldiers are fighting overseas.

“The US wants to admit only those people who will support our country and love, deeply our people,’’ Trump said.

Continue Reading
You may also like...
Related Topics:ban, donald trump, program, refugee, us

Photos: 2 Helicopters Seized By NIS Handed Over To Nigerian Air Force For Fight Against Boko Haram
Calexit 2019: California Wants To Separate From The United States Of America