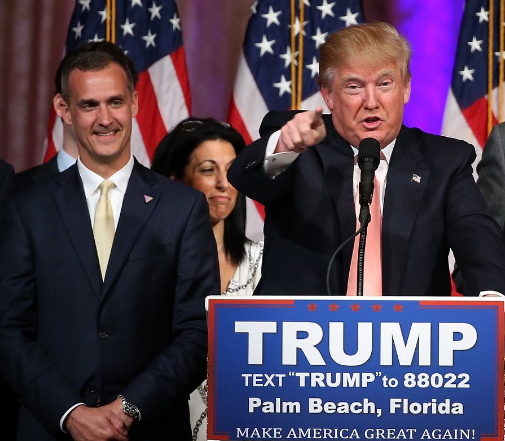 Republic Presidential candidate Donald Trump has fired his campaign manager Corey Lewandowski on Monday in the face of sagging poll numbers and a presidential campaign facing increased pressure from the Republican Party.

A statement from Trump spokesperson cited by Washington Post and other U.S. media, thanked Lewandowski for his hard work.

Four weeks before the decisive Republican convention in Cleveland and four months before the general election, the Trump team’s inner circle, including the billionaire’s children, met on Monday.

According to the statement, the purpose of the meeting was to discuss strategy in the face of falling poll numbers and a bad press in recent weeks.
A series of recent surveys showed presumptive Democratic nominee Hillary Clinton polling ahead of Trump by as many as 10 points.

Republican Party leadership, and most especially important potential big donors, have been critical of Trump’s campaign tactics and lack of discipline.

Black Out In Rivers, Bayelsa, Cross River & Akwa Ibom States As National Power Grid Collapses
Fayose’s Zenith Bank Account With N500Million Frozen By The EFCC Over N1.2B He Got From Dasuki