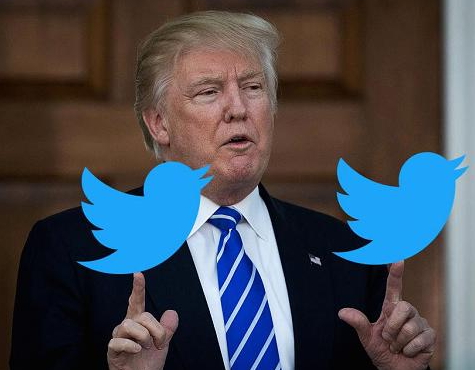 Friday May 19, 2017 – How Donald Trump Turned His Twitter Page Into A Bully Pulpit

There is no gainsaying the fact that US President – Donald Trump has taken the use of social media to new heights. While previous presidents were known to have gone directly to the media to get their message out, Trump has turned to Twitter as his favourite medium. Throughout his campaign he used twitter to share his opinions with the American public, and it is a practice he has continued since his ascension to power.

The New York Times actually carried out an analysis of Trump’s tweets from June to October 2016. An astonishing 281 tweets were found in this short period of time to be nothing but insults to people, and even things. During this period, Trump posted an insult about every 42 hours.

On the other hand, it is unwise to ignore his tweets because that will definitely have consequences. For example, Trump tweeted in January about Toyota motors: “Build plant in U.S, or pay big border tax”. I bet Toyota motors thought it was just “a tweet “. Eventually Toyota’s stock promptly fell, as has the stock of other companies caught in Trump’s twitter crosshair. Because his tweets move markets, businesses are developing strategies on how to handle a Presidential social media attack. Subsequently, there is even an app that lets one know when Trump has tweeted negatively about a publicly traded company.

Something similar is happening in foreign policy, South Korea has a military officer tasked with the responsibility of monitoring Trump’s tweets and assessing what it means for Asia.

Trump’s Twitter activity has confounded not just the media and U.S. officials, but also foreign governments. Xinhua, China’s state-run news agency, recently declared, in reference to Trump, that “An obsession with ‘Twitter foreign policy’ is undesirable.

The idea that Trump’s tweets can be ignored is based on a facile distinction between words and action. But a president’s words are themselves a form of action, because words spoken in high office carry great weight. This is perhaps even more true of an unconventional leader like Trump, whose words set his agenda because he’s not driven by party orthodoxy or a coherent ideology. As Trump’s former campaign manager, Corey Lewandowski, told Washington Post, “Donald Trump’s Twitter account is the greatest bully pulpit that has ever existed. In 140 characters, he can change the direction of a Fortune 100 company, he can notify world leaders and he can also notify government agencies that business as usual is over.”

Like them or not, Trump’s tweets are consequential. You can only ignore them at your own peril. “The medium is the message,” Marshall McLuhan argued a half-century ago. Today, we can take this further by saying the man and medium have merged: Trump’s presidency and his tweets are one.

[About the author: Ejidike Chibuzor writes from Abuja]