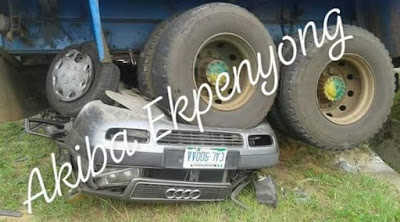 A quick-thinking driver who was trying to change his car tyre along Parliamentary Extension road in Calabar this morning is lucky to be alive after taking to his heels the moment an heavy duty truck carrying a container was heading in his direction.

Just moment after he escaped, his car was leveled by the container.

Akbia Ekpenyong, an eyewitness who shared these photos on the social media said the man was attempting to change a flat tyre when he fled after sensing danger.

See the aftermath of the incident that happened by Goodluck Ebele Jonathan Bypass Flyover in Calabar below. 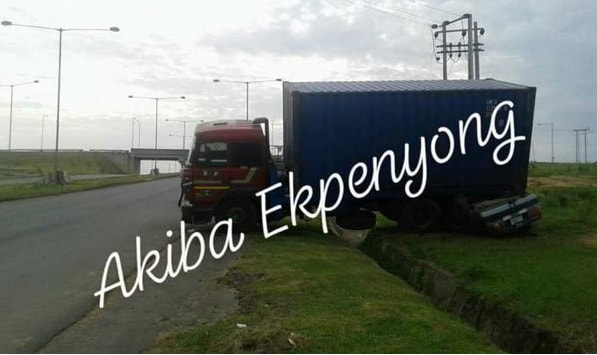 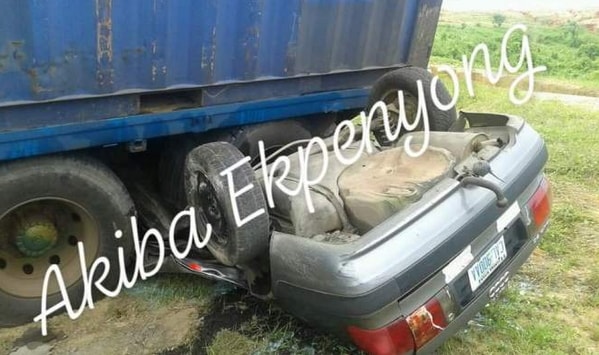