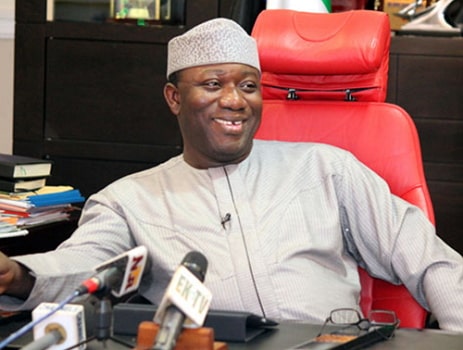 The Governor of Ekiti State Kayode Fayemi has accused immediate past Governor Ayodele Fayose of squandering the N18 billion Paris Club refund the state got from the Federal Government.

Fayemi expressed dissatisfaction with how the former governor, who owed between four months’ salary and eight months’ pension arrears, could not pay the backlog of workers’ benefits with such a huge amount of money but diverted it for other uses.

The governor said he had not reneged on his avowed commitment to offset the outstanding salary and pension before marking his first year in office.

Fayemi spoke on Sunday evening in Ado-Ekiti, the state capital, on this month’s edition of live simulcast, tagged: Meet Your Governor. 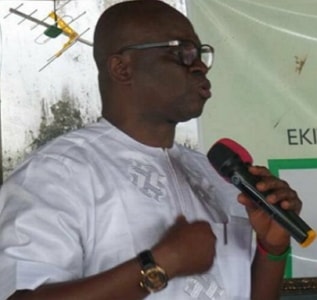 “Let those making the allegation come with verifiable proofs to substantiate their claim.

“I have not collected any money in lieu of road intervention or Paris Club refund. Governor Fayose had the opportunity of paying the bulk of the backlog of salaries and pensions.

“He collected N18 billion out of the N21.5 billion due to Ekiti in the fund. So, what is left for Ekiti is just N3.5 billion, which can’t pay a month’s salary, if we add the overhead costs of subvented institutions.

“As we speak, we are doing a lot of cleansing and that has reduced the monthly pay to workers to N2.1 billion. Those who were not properly employed have been left out until they provide evidence. The medical workers who were employed on consequential ground have been reabsorbed.

“I decided to delay appointment of politicians into government for me to be able to pay our workers. With this, Ekiti can now know who is

the real and honest friend of the masses.

“I don’t want to do media trial for anyone; so, I have hired the services of a renowned audit firm to look into our finances and the forensic state’s accounts will be published during our 100 days in office in January, 2019.”

Atiku Will Block 2023 Igbo Presidency If He Becomes President – Charlene Adeasor
Corpse Of FRSC Officer Killed By Hit And Run Driver In Abuja Seized; Family Cries Out For Help