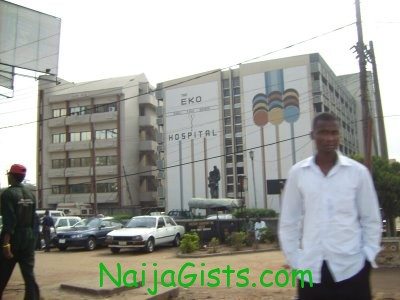 According to report from pm news, several patients on admission were today, rushed out of Eko Hospital along Mobolaji Bank Anthony Way, Ikeja, Lagos, Southwest Nigeria when fire was noticed on the third floor of the hospital. naijagists.com

A witness, Segun Abel told reporters that he and other kind Nigerians assisted in evacuating the patients.

It was gathered that the fire was noticed at about 5 p.m. Sources claimed that the fire started from a faulty refrigerator and later spread to the air conditioner on the third floor.

Fire and safety services officials were yet to arrive at the scene of the fire at the time of this report.