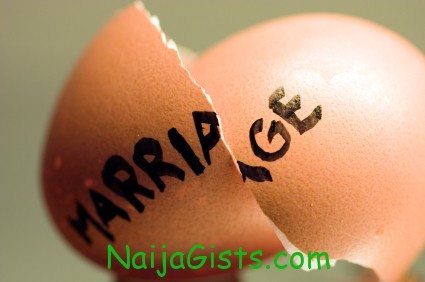 A housewife in Badarawa area of Kaduna State is seeking clarification for divorce from the Sharia Court, due to persistent ridiculing and harassment by her husband because of her inability to get pregnant. naijagists.com

Maimuna Ibrahim had told the court that Alkasim Ibrahim, her husband had sent her away to her parents for failing to conceive nine months after marriage.

She sued Ibrahim, 26, for ridiculing her and for always referring to her as “barren.”

She also told the court that her husband had in addition to humiliating her, sent her back to her parents for them to get concoction for her to be pregnant.

Maimuna said she was in the court for redress as well as to know whether she could seek for divorce based on her husband’s action.

Ibrahim, however, denied sending her back to her parents and also denied her claimed that he was tired of living with her.

He urged the court to save his marriage by giving him time to reconcile with his wife.

The Presiding Officer, Malam Ibrahim Inuwa, warned Ibrahim against challenging the power of God as “He is the only one who gives children.”

He advised him to believe in destiny rather that blaming his wife for not conceiving and granted them 10 days to reconcile their differences and adjourned the case to March 8 for further hearing. (NAN)

Is it her fault? Some men self