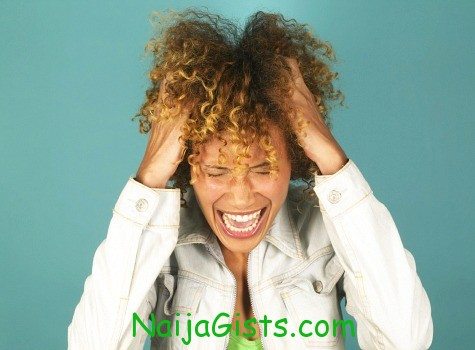 The Police in Akure, Tuesday, arraigned a 28-year-old woman, Folashade Babatunde before an Akure Senior Magistrate’s Court for allegedly pouring faeces on a female banker. naijagists.com

The accused, a trader and Higher National Diploma student at Rufus Giwa Polytechnic, Owo in Ondo State was docked before Mrs Rabi Abdulahi on a two-count charge of act likely to cause breach of the peace and assault.

Babatunde was accused of pouring faeces on one Agnes Olasehinde, a 27-year-old banker with the First Bank Plc, Alagbaka branch, Akure.

The offence, according to the Police Prosecutor, ASP Ayodele Atandeyi, was allegedly committed on February 24, about 12.30 p.m. at the First Bank Plc, Alagbaka branch, Akure.

She was accused of conducting herself in a manner likely to cause breach of the peace by bringing into the banking hall a can containing faeces.

This, the police said constituted an offence contrary to and punishable under section 249 of the Criminal Code Cap 37 Vol. I laws of Ondo State 2006.

Babatunde was also accused of assaulting Olasehinde by pouring faeces on her body, contrary to and punishable under Section 351 of the Criminal Code Cap 37 Vol. I laws of Ondo State 2006.

The accused person who elected summary trial at the court pleaded not guilty to the two charges when they were read to her in English language.

But in her statement to the police, the accused, who gave her address as No. 47, Ekusi Street, Owo, admitted that she poured the faces on Olasehinde because she was going out with her husband.

Atandeyi informed the court that he had two witnesses to call to prove the case against the accused person and asked for an adjournment to enable him study the case file.

The Counsel to the accused person, Mr Christopher Titiloye, did not object to the adjournment sought by the prosecutor, but urged the court to admit his client to bail pending the final determination of the matter.

In her ruling, the magistrate granted bail to the accused person in the sum of N100,000 and two sureties in like sum, who must reside within the jurisdiction of the court.

The sureties, the court ruled must swear to affidavit of means and must be property owners in the jurisdiction of the court.

Abdulahi adjourned the matter to March 27, for hearing.

Na wa o some women sha and their husband wahala!