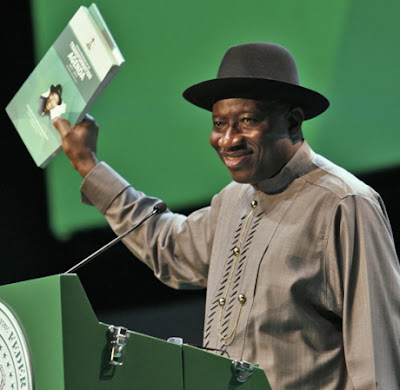 Oct 25, 2016 – GEJ Defends Administration’s Transformation Agenda, Says He Worked For The Next Generation

Ex-President Goodluck Jonathan has said that while in office, he engaged himself with working for next generation to ensure Nigerian children had a promising future instead of working for the next election.

He also defended his administration’s Transformation Agenda, stressing that it was designed to engage the latent potential in the entire nation, as well as stimulate and enable higher productivity.

Jonathan made the remarks yesterday in a lecture at the Oxford Union of the Oxford University in the United Kingdom, according to statement issued by his Media Adviser, Ikechukwu Eze.

Continue Reading
You may also like...
Related Topics:agenda, jonathan, transformation