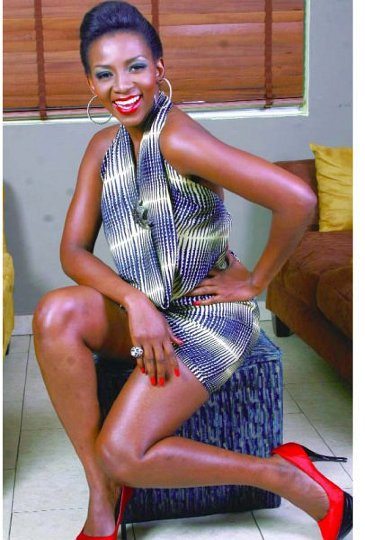 To those looking for the latest news about Genny, here we go

Sexy Nollywood actress Genevieve Nnaji recently traveled to the United States to speak on issues within marriage and ways of resolving them, as part of a campaign put together by the Ms. Royalty Show. naijagists.com

The Voice of Hope campaign is currently working on reconciling families in America with the aim of restoring balance and harmony in a country with an alarming rate of dysfunctional families.

The organisers say Genevieve Nnaji’s input is ‘highly motivational, not only to the African audience, but globally, being a star personality with appearances on CNN, the Oprah Winfrey Show and much more’. Ms Nnaji, who had a daughter as a teenager, has never been married.

The organisers are also putting together a weekend of events in honour of Fathers day, with the purpose of Reconciling families, RELO (Reconciling Loved Ones) Weekend which is to take place June 8 – June 10, 2012.

Speakers lined up for the occasion include; Ms.Kine (President of the Konfidence Foundation, mother of Grammy award nominee Akon), Polow Da Don (Renowned producer and songwriter who has worked with artists such as Usher and Rihanna), Cory Gunz (Young Money Entertainment, Cash Money Records artist), as well as Genevieve Nnaji.