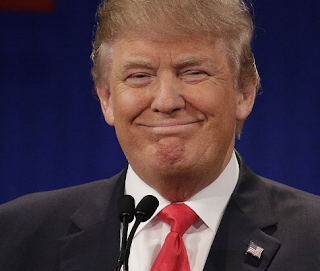 President Donald Trump will not be made an honorary citizen of the small German town from which his grandparents emigrated, the town’s mayor Thomas Jaworek said on Friday after a council meeting.

Councillors in Kallstadt, the quaint village in Germany’s wine-making Rheinland region that was home to Trump’s grandparents, had been presented with a proposal to honour the newly inaugurated president.

The town’s councillors did not address the Trump proposal directly at the meeting, but instead reaffirmed their position that the town does not hand out honorary citizenships.

Germany’s own Republicans, a fringe party sharing the right-wing conservative values of their U.S. namesakes, lodged the request for honorary citizenship and even wanted to have a street or square named after him.

“There is no faction that supports the proposal,’’ Jaworek said ahead of the meeting.

The municipality of Freinsheim, which includes Kallstadt, also brushed aside a similar proposal, with a town spokesman saying Trump did not fulfill the requirements.

Report says Trump’s grandfather Friedrich, who later anglicised his name to Frederick, set out from Germany for New York in the late 1800s and later headed west as part of the Gold Rush.

He sent some of his earnings back to his relatives in Germany, while a distant few of them could still be found in Kallstadt.

Continue Reading
You may also like...
Related Topics:donald trump, german