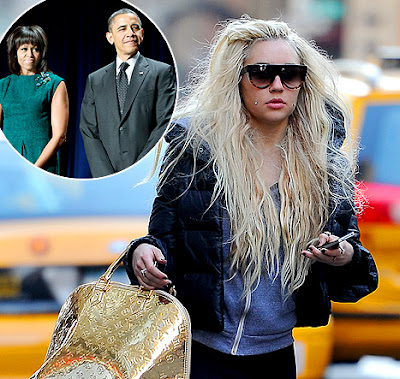 Controversial Hollywood actress, Amanda Bynes is at it again. Few weeks after engaging Rihanna in a hot war of words, the actress has taken a swipe on the United States President, Obama and his wife, Michelle by calling them ugly.

Few minutes after the controversial tweet, the actress lost more fans than usual as over 300 followers unfollowed her.

She also got hit hard with negative feedbacks from faithful supporter of President Obama.
Despite her drug addiction battle, she has been a suspect of racism.

This is not her first time of calling a black person ‘ugly’. She said the same to Rihanna and rapper Drake few months back.